From page one the writing gripped me and throughout the book I found myself laughing and crying. It’s a great read for animal lovers but it also really touches on grief and loss and the relationships we build with people closest to us.

So when Steven Rowley announced his tour dates and I saw one in Brooklyn I had to make a pilgrimage. I had been planning to buy a copy of this book after I read the digital ARC and this was the perfect excuse to pick up a copy.

BookCourt is an independent shop located in the Brooklyn Heights neighborhood, a short walk from the Borough Hall subway stop. We arrived early and browsed the titles on the shelves for a while before taking our seats for the event.

The event was dog-friendly and quite a few patrons bought their four-legged companions to this event.

When Steven Rowley took the stage with Mrs. Swizzle the audience clapped, and the dogs barked jubilantly; clearly as excited to be there as the humans.

Steven Rowley read the first chapter of his book. A humorous start to a book that really takes you on a rollercoaster of emotions. 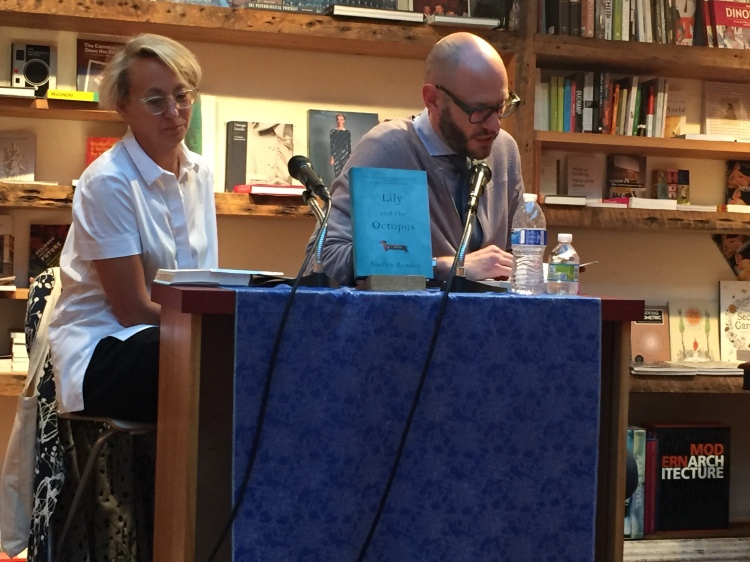 Rowley talked about how he started this book as a short story with the selection he read intended to be a short story. His partner, Byron Lane, read it and asked him where Chapter 2 was and demanded that Rowley didn’t call him until after had written it.

Rowley also talked about Lily, the dog who inspired the book and adopting his current dog Tilda Swinton last year.

When Rowley and Lane set out to adopt a dog, Lane insisted that they adopt the Charlie Brown Christmas Tree of dogs. Rowley was hesitant but then they found the dog that would become Tilda Swinton.

She’d been beaten and shot with  a B.B gun numerous times, she had a broken rib and had to have one of her eyes removed, but still had an undeniable face. Tilda Swinton has her own Instagram account where you can follow her adventures.

What was really interesting about this event was people who were in the crowd. Mrs. Swizzle asked how many people in the group had animals and most of us did, but there were several non-pet-owners in the audience too, which proves that this book can appeal to anyone.

I went because not only did I love the book but I also a pet owner. I have a pug/dachshund named Sissy who I love to bits. We were her third stop on her  rescue tour and I promised myself that no matter what I would be her forever home.

It’s been almost four years and I have loved every minute spent with this spritely companion who loves eating peanut butter, watermelon, and cheese and recently developed a fondness for chasing chipmunks around the yard.

When I saw the cover to Lily and the Octopus on Goodreads my first thought was: “There’s a dog on the cover that is the same color and half the breed of Sissy! I must read this!”

I am glad that I did because this book is amazing. I hope to read it again soon and maybe even read it out loud to Sissy. 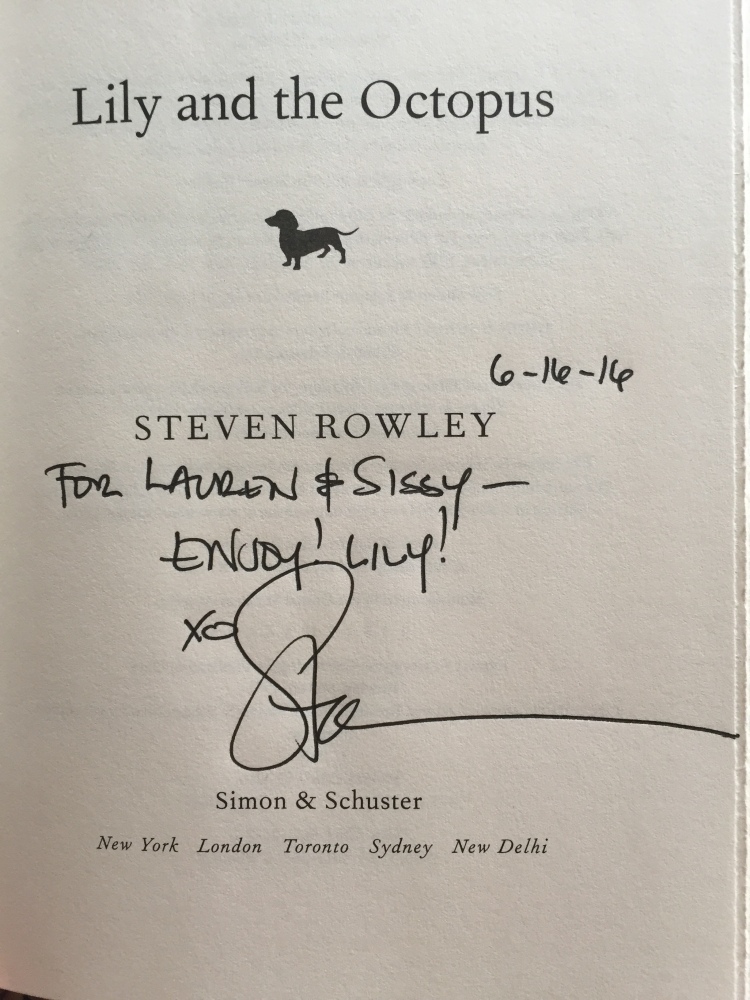 Lily and the Octopus is now available for purchase. You can purchase  a copy at your local independent bookseller, Barnes & Noble,  or on Amazon.