This book tag immediately drew me in. This tag was created by Jay G and I found it over at Spines and Covers. It seemed like fun so I thought I would give it a try.

Maybe it’s because I keep seeing beautiful photos of odd fandom engagement rings on the internet.

I found a few of these categories really hard to answer. I also felt the need to defend my answer for many of these questions, so you may be in for a bit of a read. I would get comfortable first.

Without further ado. Here’s the list of sparkly books.

The darkest most evil character I can think of? I am trying really hard not to say Voldemort from Harry Potter. I think that Crake from Oryx and Crake was evil. Not so much in the violence and overt death and descruction way, but more in the seedy unbelly, corporate espionage way.If you haven’t read Margaret Atwood’s Madaddam Trilogy, this might be worth the read. I haven’t picked up the second and third yet but I intend to soon.

The “queen” here is more of a figurehead. It’s a title that is earned for the festival, but when you consider the plot of the book in which a may queen is murdered it does seem like it has a bit of a coup-ish quality to it.

But only if you think about it hard enough.

Now, if I look at this as book royalty, I have to say Jane Eyre. Hands down it would be Jane Eyre.

This is hard, because I generally don’t like reading about those types of characters unless the plot is really strong. I think the best fit I could name at the moment is Eva in Killing Eva by Alex Blackmore.

One of the biggest bones I picked with this book was that Eva was a character that didn’t seem to take any action. I got the feeling she was smart but she didn’t seem to have any street smarts or any sense of curiousity. Throughout the book events just happened to her and I found it difficult to read.

I have two books for this one. The first is Margot Livesey’s Criminals. It’s about twenty-years-old and it is a stunning book that asks a really important question that I think is still relevant today: “How do we define a criminal?”

The second book is Her Fearful Symmetry by Audrey Niffenegger. This book isn’t so much not well-known as it is less liked, compared to Time Traveler’s Wife.

Without a doubt I would say Kolya and Lev from City of Thieves. These two character had such a great balance of energy. It was the kind of book that made me laugh and cry at the same time. They both seemed to just have this energy that would ebb and flow and yet you could feel the commradery between them. 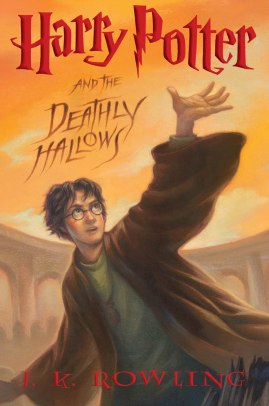 I feel like I am striking a very familiar cord here, but I have to say Dobby from Harry Potter and the Deathly Hallows. I feel like that’s all that needs to be said on that matter. We could also say Hedwig from the same book.

To this day I still have the Time Traveler’s Wife by Audrey Niffenegger. Which some may find ironic because I mentioned Niffenegger’s follow-up for April. Most people prefer The Time Traveler’s Wife to Her Fearful Symmetry, maybe I read this book at a time where I couldn’t appreciate the relationship between Clare and Henry, but I didn’t like either of them as characters when the book was through.

It’s not that it’s a bad book. I found the premise intriguing and I really liked the story as a whole. It’s more that in the middle the characters seemed to get into this fight about there relationship. I think I remember an entire chapter where Henry and Clare discussed whether ot not they had too much sex.

What really got me was that of course Henry would know what happened to them. Of course Clare would resent it. I don’t know any relationship with a time traveler would go any differently. Then again, I am avid reader and viewer of science fiction so I would anticipate these points. 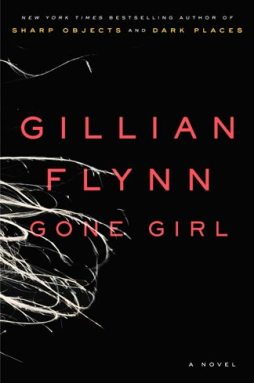 I have said this before and I will say it again. I hated both the main characters in Gone Girl by Gillian Flynn. The book itself had me captivated but I hated the main characters. However, I loved his sister Go. She seemed to be the only character that had any sense in the entire book. Not sure the book would be better if it was from her perspective but I probably would have enjoyed it a lot more. 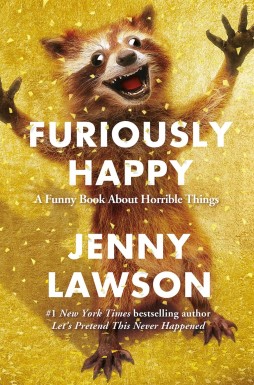 For this one, I have to say Furiously Happy by Jenny Lawson! It doesn’t so much have a calming effect, but it makes me laugh. If laughter is the best medicine then this book should be in every pharmacy in America. From the first page I started laughing hysterically. Great for those bad days. 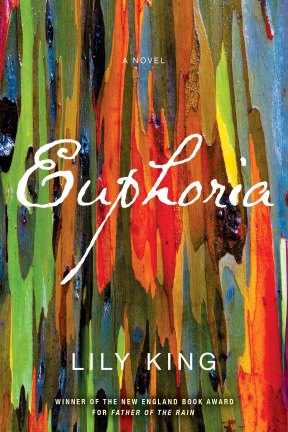 Euphoria by Lily King is a book cover that grabbed me instantly. The color of the book reminds me of the rainbow trees in Hawaii. It has lots of color in its bark and it can only be found there. The book doesn’t take place in Hawaii, but this tree is what I thought of immediately after seeing it. 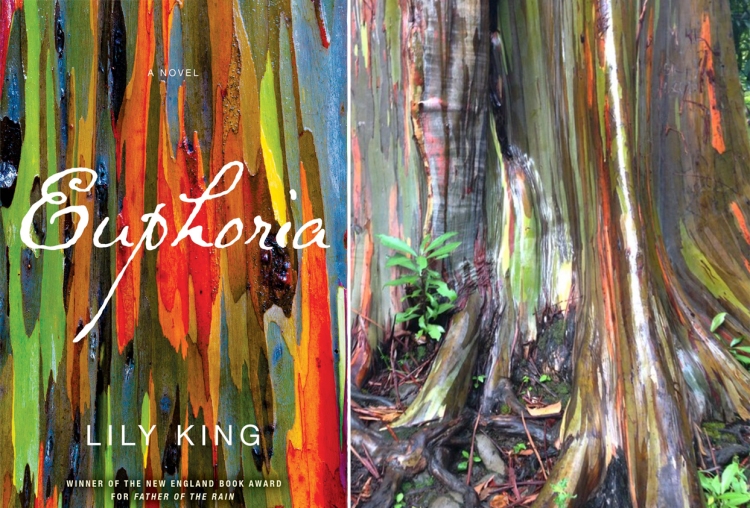 For a resiliant character I have to say Ani in Luckiest Girl Alive by Jessica Knoll. Ani is a character that has quite a journey over the course of the book. I have said it before and I will say it again that the book is really a lesson in how we treat suvivors of tragedy and victims of sex crimes.

I think it’s a book that everyone should read because even though Ani’s values aren’t the most healthy she goes through a metamorphosis that I can get behind a hundred percent.

The friendship I would most like to be a part of I am sort of already in. I love the relationship between Ted and Lily in Lily and the Octopus by Steven Rowley. It reminds me so much of my relationship with my dog, Sissy.

Outside of that, I think I would most like to be a part of the friendship in Code Name Verity by Elizabeth Wein.

If you would like to participate in the tag, please consider yourself tagged.  Leave a comment with the link to your post and I will check out your answers.

4 thoughts on “The Birthstone Book Tag”